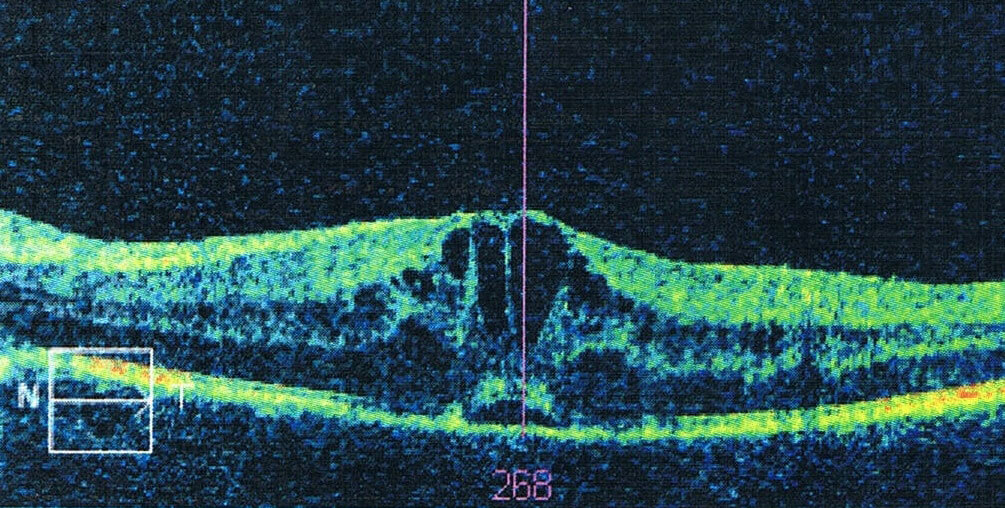 Cystoid Macular Edema (CME) is a buildup of fluids in the eye near the macula of the eye that can distort a person’s vision. Optical coherence tomography (OCT) is one of the main methods by which physicians detect these edemas.

Automatic detection and quantification of the cysts allows researchers to accurately ascertain the effectiveness of different treatments, which results in more precise and efficient research and treatment.

We have developed a way of detecting and quantifying CMEs that is faster and more accurate than current industry-accepted methods. Read on and let us know what you think.

Our approach is somewhat different (see also the linked pages for more details):

Together the steps proposed by RSIP Vision allow for more efficient automatic detection and analysis of Cystoid Macular Edema than other usual methods. This in turn allows for faster research developments, and ultimately, better treatment for CME.