Modern imaging knows how to capture an image to see through the eye tissue transparency and inspect retina, vasculature and neural tissue: this phenomenon is unique and it is made possible by the fact that the retina is an extension of the central nervous system (CNS), connected with the optic nerve and therefore accessible for analysis of cerebral pathologies.

Alzheimer’s Disease (AD) is a very common kind of dementia, characterized by loss of memory due to damage in nerve cells. Alzheimer’s has no cure, but symptoms can be treated to some extent. Changes in the brain begin long before the first signs of memory loss, therefore a periodic checkup and early detection can improve the quality of life for many patients. Clinical Alzheimer’s Disease research aims at making early detection possible via accurate imaging of the eye and automated analysis to detect amyloid plaques.

The Retina as an AD Biomarker

For example, a method for calculating the diameter relies on intensity profiles of a greyscale image of the fundus. For a line crossing perpendicular to the blood vessel, the intensity profile will tend to produce a specific curve, namely a double-Gaussian curve (i.e. with two peaks, for each crossing of the vessel). From this profile, the algorithm calculates the diameter of the vessel at each point along the vessel, for example by calculating the width of the peak’s intensity at half the height.

Using the circular morphological feature of the optic disc it is possible to automatically outline the optic nerve head from an OCT image. All these measurements greatly benefit the task of diseases detection in the eye.

The specificity of Alzheimer’s Disease indicators in the RNFL and the optic nerve disc is a challenge to their use as biomarkers, since they are hard to distinguish from other co-existing aging pathologies (like glaucoma) indicators. In order to differentiate between the cases we recommend to assess a much wider areas of the retina, because age-related changes are usually more generalized, while in Alzheimer’s Disease changes are more sectorial.

Alzheimer’s Diseases Detection in the Eye

Alzheimer’s Disease is recognized through several retinal biomarkers that are investigated by pathologists: The prime marker for the disease may be neuropathological buildup of abnormal structures called amyloid plaques, which are deposits of a protein called beta-amyloid that accumulate in spaces between nerve cells; and tangles in the brain, which are twisted fibers (of a protein called tau) that build up inside cells. Another example is pupil size, measured via a pupillometry test. 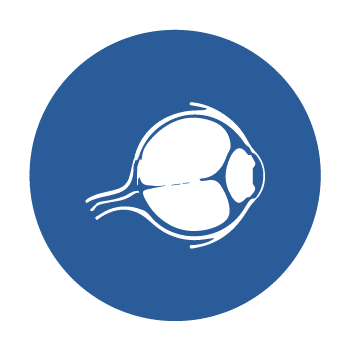 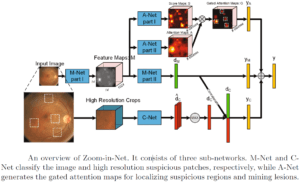 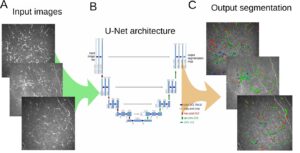 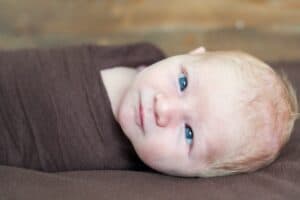 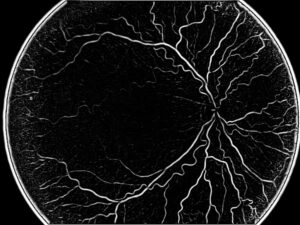 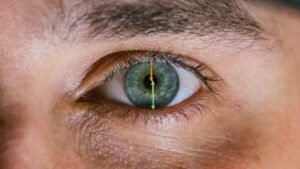 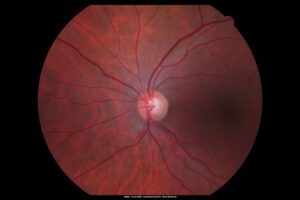