Dermascopy is one of the main modalities used to detect skin abnormalities and lesions such as malignant melanoma. It is estimated that in the United States alone there are every year 70,000 newly diagnosed malignant skin lesions, resulting in 9,000 deaths. Early detection of malignant lesions can save many lives owing to the simple surgery required for their removal. Suspected lesion areas are inspected by qualified dermatologist for their physical appearance. Among the most important features of suspected points, physicians look for border length and shape regularity, to find which both automatic and semi-automatic computer vision tools are developed in support of the medical experts.
Automatic border detection in skin images relies initially on contrast enhancement, to separate as much as possible skin and lesion. Color image contrast enhancement needs to preserve lesion-specific tones (most prominently the blue channel), whereas grayscale images can be stretched by histogram-based methods.  On the resulting contrast-enhanced image, lesion border detection becomes much easier.
Next, cutaneous object seen in images, such as blood vessels, hairs and skin lines as well as wrinkles need to be removed to facilitate easy border recognition. Owing to the strong expected appearance of the lesion in the contrast enhanced images, image pre-processing tools – such as smoothing – can produce satisfactory results in removing the interference of skin feature with lesion border detection. The pre-processing steps need to be adjusted to account for the skin tone and density of hairs.
Next, segmentation of candidate lesion position is carried out. Computer vision methodologies include many algorithms for segmentation: they enable the separation of the skin image into disjoint regions forming candidates for lesions. Depending on the resulting image after removal of hairs and wrinkles, the segmentation can be done by employing simple methods such as thresholding – edge and morphology-based – or more advanced ‘black box’ trained binary classifiers, when dealing with more severe occlusions.
In semi-automated methods it is very common to detect lesion border by employing active contours, where a dermatologist initiate detection by marking a point in close proximity to the suspected lesion. Active contours are flexible curves iteratively converging towards the lesion boundaries in the process of a minimization of energy function built from the image values.
In both automatic and semi-automatic detection, the candidate lesion being delineated is passed for further processing to determine the exact extent of shape irregularity.  At this point, advance analysis opens up the door for many other possibilities, like automatic classification of the severity of the malignancy, tracking advancement of the lesion growth and the extraction of other predefined prognostic factors.
RSIP Vision is a specialist in image processing and computer vision. We have been constructing cutting-edge automatic and semi-automatic vision solutions for over two decades.

Detection and Tracking of Tumors 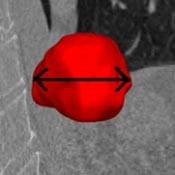 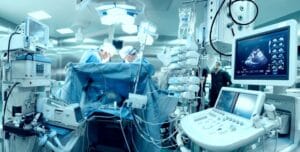 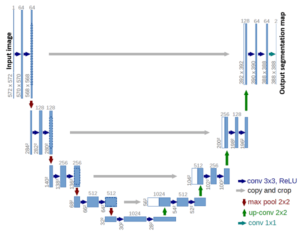 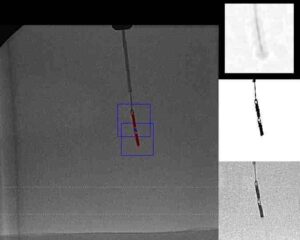 Detection and Tracking of Tumors